With a clear 'No' vote on Scottish independence the question on Scotland leaving the United Kingdom has been answered, for now at least. There are many good things about this, not least of which is I won't have to buy a new Union Flag ;)  Unless Wales gets representation: However the the question on how the UK should be governed is still being asked, and big constitutional change is coming our way.
The question of England being included in a nation wide devolution is interesting and raises, many question, like will their be a separate English parliament and first minister, or will the UK be federalised and what would this mean for England?
Although no expert and far be from me to tell the English how they should be governed, but I think the best way for a federal UK with a similar administrative system to the USA, Germany and Brazil to name a few. In this England would be to divide into three 'federal provinces' and a Greater London Area; these along with Scotland, Wales and Northern Ireland would be the federal administrative regions: 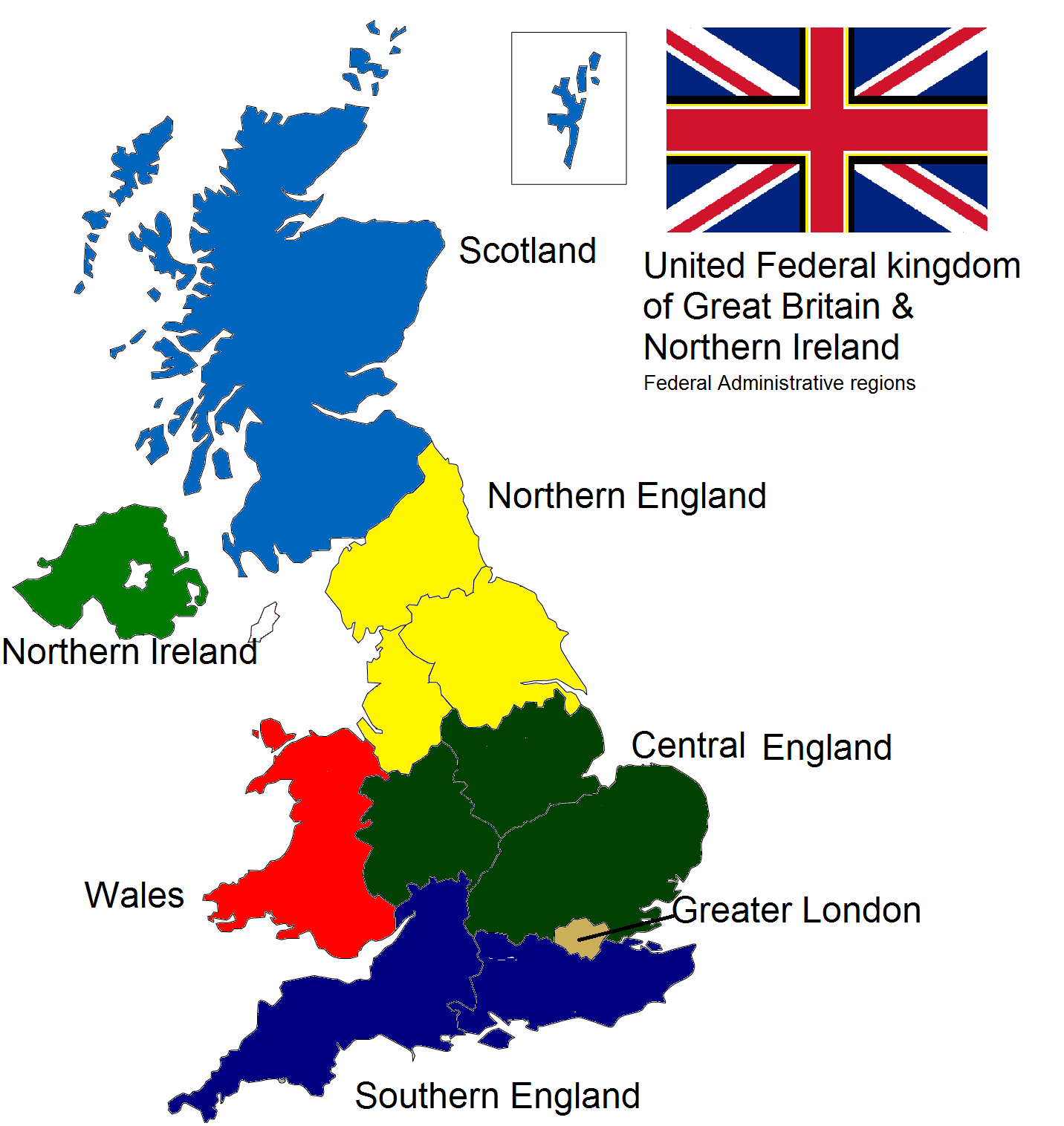 What will flags will the "English Federal Assemblies" uses? I think a standard design featuring St George's Cross is most likely. As England would no doubt retain its National identity. At first I thought about defacing the Cross of St George with an individual emblem for each 'province.'

The Southern England emblem is taken from a possible coat of arms of Richard I, although the number of lions is disputed.  I also put it on a blue background, as I wanted it based on the arms but not an exact copy. The central England emblem is based on the medieval royal crest. The Northern England flag is based on another North England flag, with a tudor rose as Lancashire also falls into this 'province.' The colours represent the ancient Kingdom of Northumbria which dominated the north before England was united by the saxons under Alfred the Grate.
The emblems are generic English symbols as it was pretty impossible to use county symbols that could truly represent the region. For example one could use the Northumberland flag, for Northern England, to symbolise Northumbria. But this flag is used as the county flag of Northumberland so therefore not truly represent everyone.
I also decided it would be better if St George's Cross remained intact, moving the emblems instead to the canton. However the above flags could be the personal flag of the First Ministers.

I based these flags on those of Sark and Herm . My flag design for the Grater London Administrative Area is the London flag I did a while back: 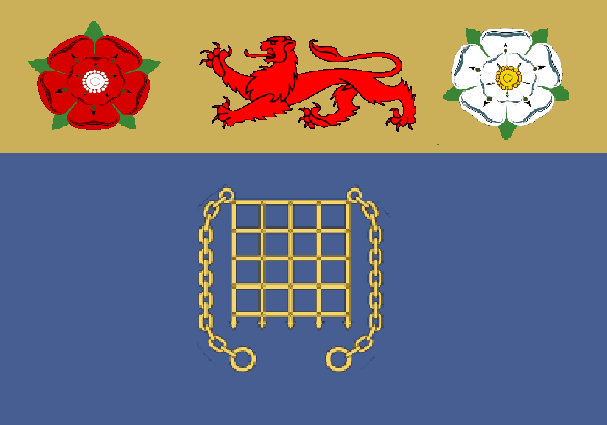 Alternatively the central portcullis could be placed in the canton of a St George flag bringing the region in line with the other English regions: 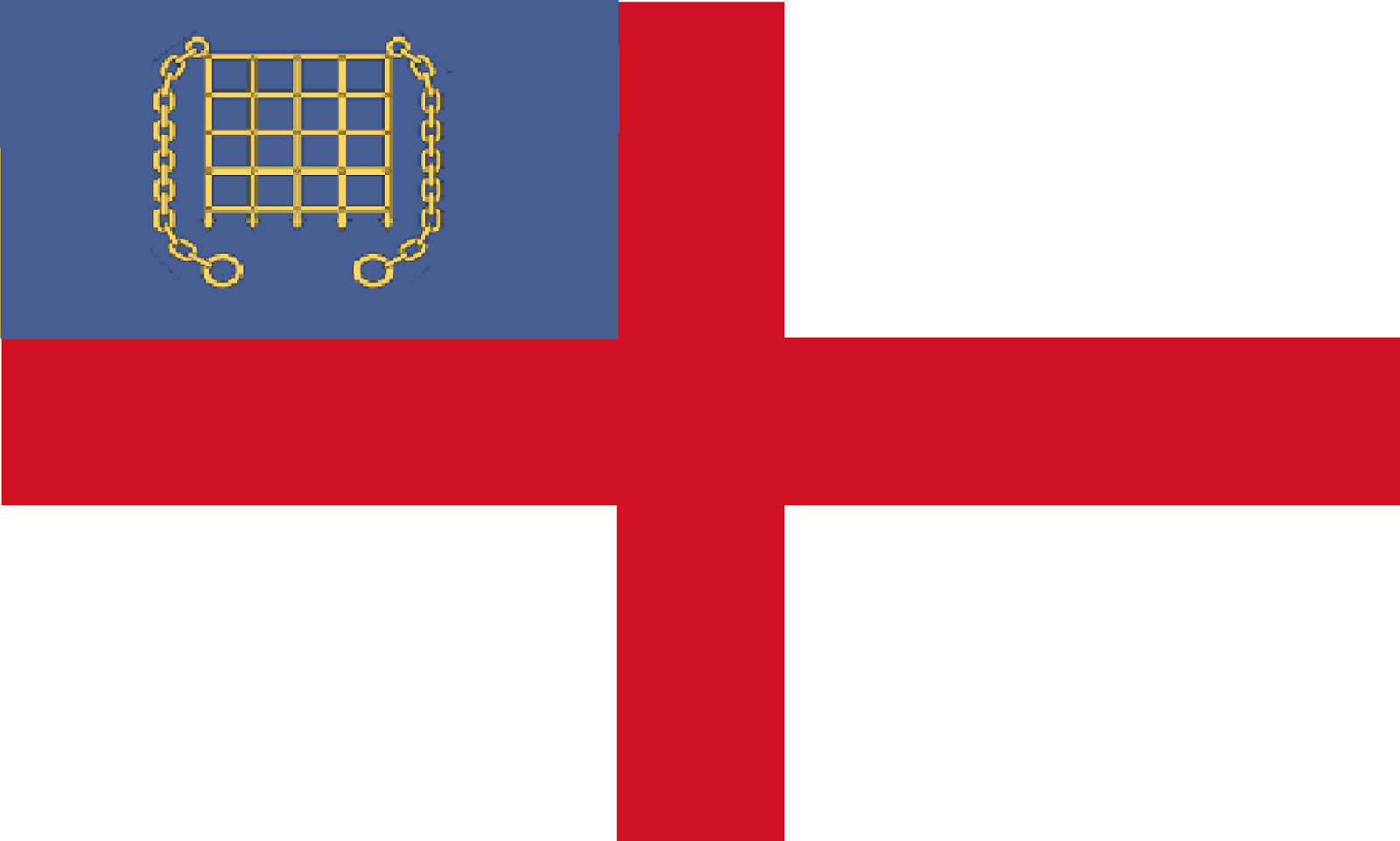 I expect Scotland and Wales would continue to use their current flags, but as Northern Ireland has no official flag perhaps it could use a St Patrick's Cross with a red hand: 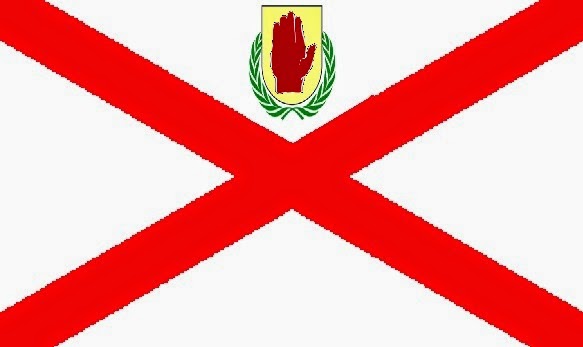 Last what about the coats of arms used by the regional assemblies (or parliament in Scotland's case)? None of the devolved administrative regions currently use a coat of arms (although Wales has a Royal Badge). I think this should be corrected:

The arms of the English Federal Provinces are relatively uniformed, each with lion supporters and St George's flag. The Scottish Parliament can use the pre union of the crowns coat of arms. The Welsh arms are designed by Paul James from the flag forum. The Northern Ireland arms are an old design of mine as is Greater London.
However if England is not divided but gets an English Parliament it could use a version of the English Royal Arms: 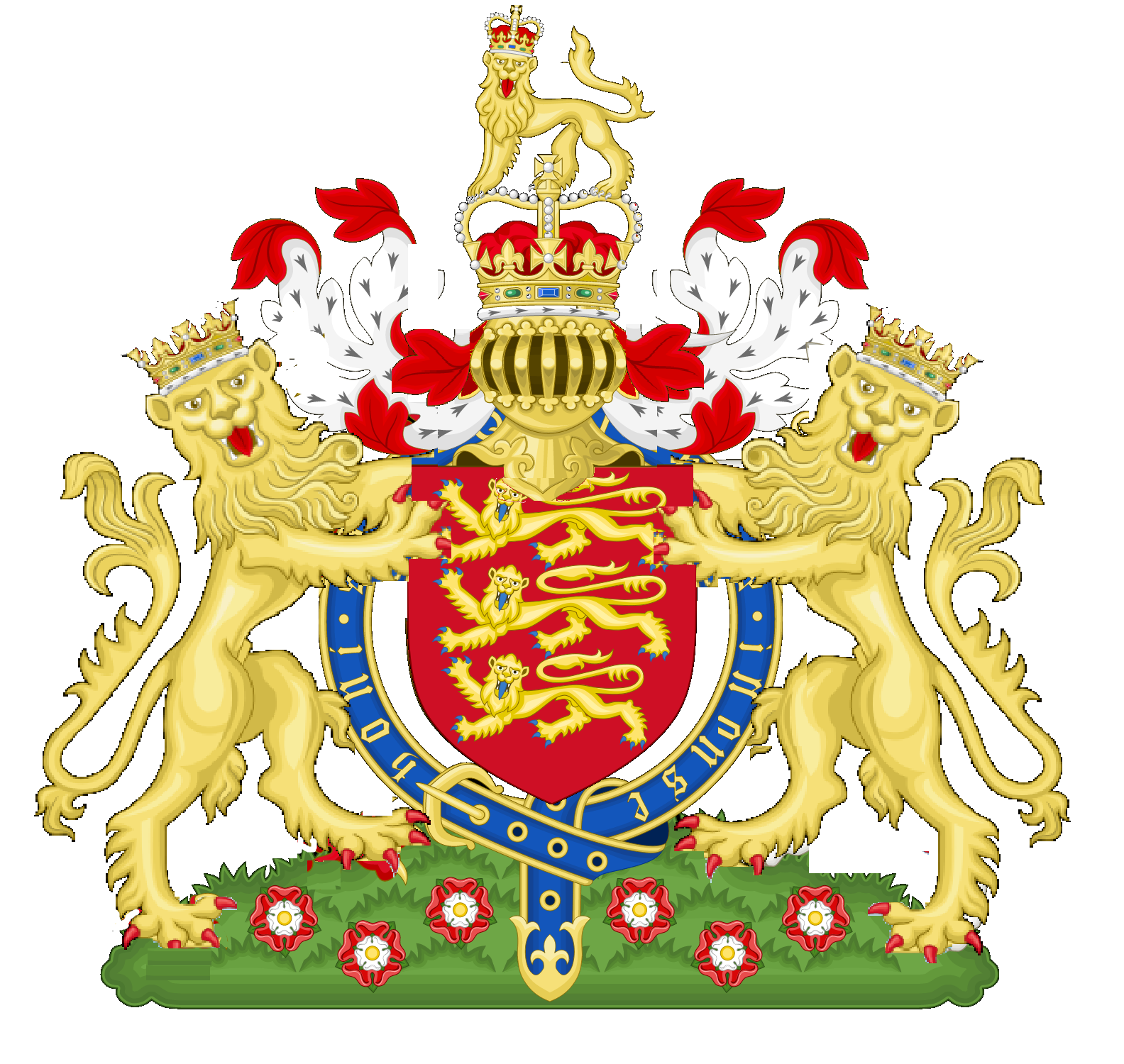 However this is about a Federal UK, so in conclusion a Federal Britain could look like this: