National Museum of the Royal Navy

This idea came to me after watching a BBC documentary about the restoration of HMS Caroline, which is a veteran of the 1st World War and currently being turned into a floating museum in Belfast's Titanic Quarter. Currently owned by the National Museum of the Royal Navy, seeing the shots of the ship it struck me that no flags were flying. In stark contrast to this 2006 photo from Wikipeadia which show Caroline in her glory; 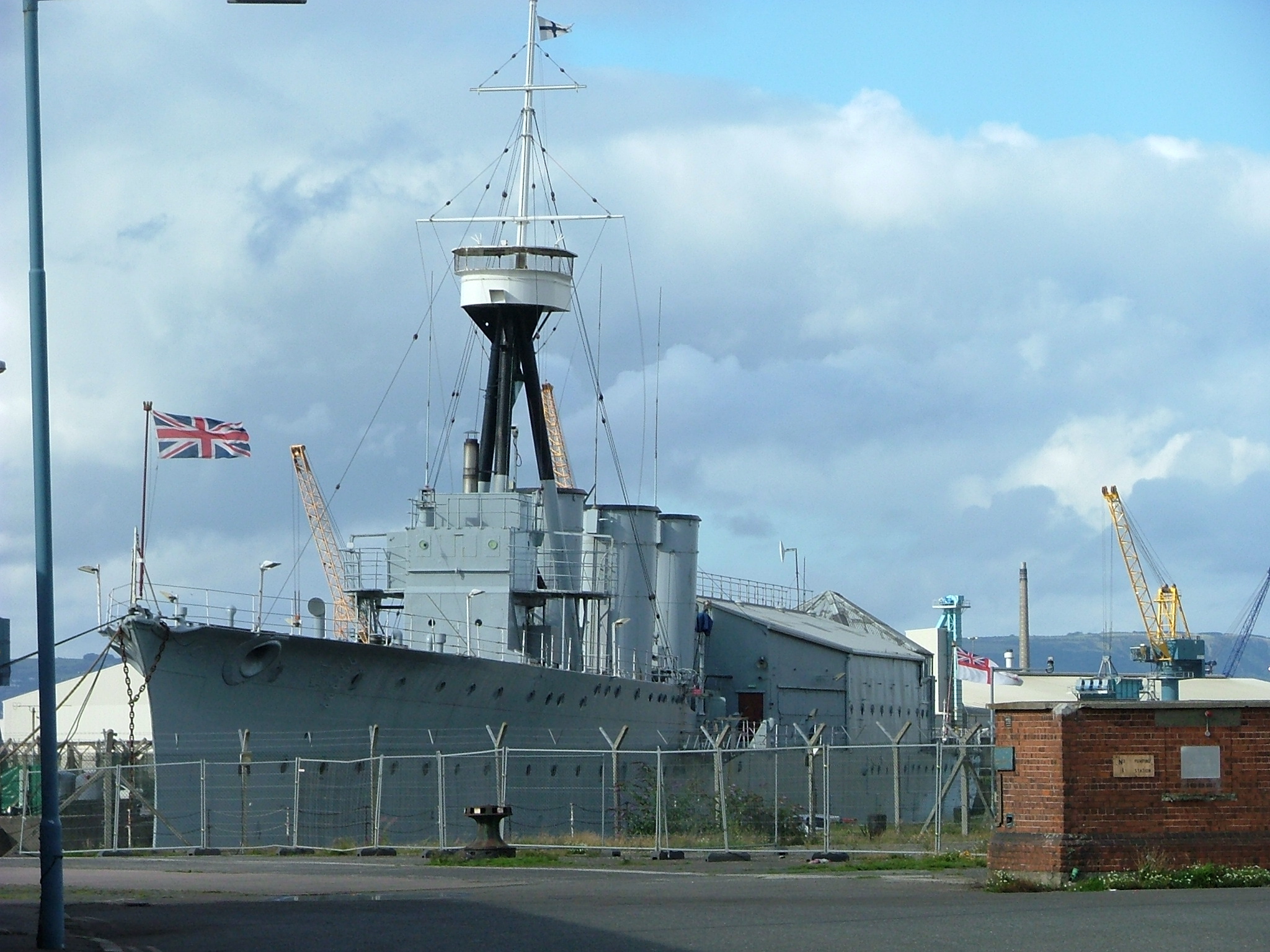 When this photo was taken Caroline was still technically a serving warship! Although she hadn't put to sea since about 1930, she was used as a training ship and base for the Northern Ireland Royal Naval Reserve. (You may notice in this picture the flag of a Commodore of the Naval Reserve is flying from the mast). She was formally decommissioned about two years ago so no longer being a warship it would be inappropriate to continue to fly the white ensign and Union Jack. I am sure this is a situation found across most of the vessels owned by the National Museum of the Royal Navy across the country. Although some (including HMS Caroline I think) might be entitled to use the National Historic Fleet ensign, i though perhaps the National Museum of the Royal Navy should have its own ensign. This is my proposal: 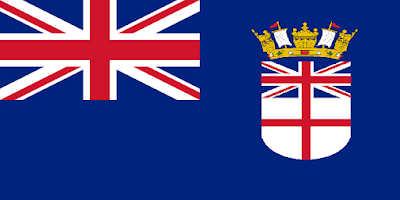 A blue ensign as the National Museum is a public body. The badge in the fly features a shield with a Union Jack chief, with the cross of St George in the rest of the field. This is inspired by the White ensign, the national flag flown by British navy ships. It is of course topped by a Naval coronet/crown.
A flag variant of the shield could be used as a jack: 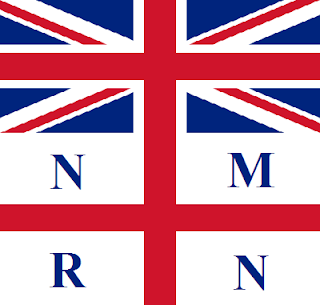 The initials of the National Museum of the Royal Navy are on the white field. Although in the case of a jack the civil jack would probably be more appropriate as this is in effect the naval jack (Union Jack) with a white boarder. A variant of the ensign with letters: 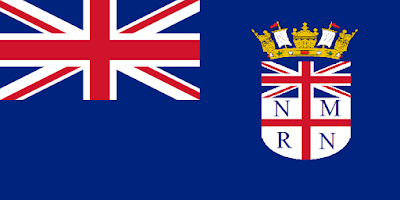