I admit that the title is a bit of click bait, for two reasons; by America I mean the US Navy and when I say re adopt, it never actually unadopted it completely.
The flag in question is not the national flag of the United Kingdom but rather one of the Jacks (flag flown from a jack staff on the bow of a ship) of the United States.
The US Navy has this month released NAVADMIN 039/19 which has ordered all ships (with on or two unique exceptions) to cease using the "First Navy Jack" and replace it with the Union Jack.
The order states

"This NAVADMIN directs the display of the Union Jack in lieu of the First
Navy Jack aboard Navy ships and craft. All U.S. Navy ships shall display the
Union Jack in accordance with section 1259 of reference (a) beginning at
morning colors on Tuesday, 4 June 2019. Reference (b) will be updated to
reflect this change."
This flag is in basically the canton of the USA flag used as a flag in its own right. Its a blue flag bearing 50 white stars. Versions of this flag with the appropriate number of stars have been used for most of the USN's history. The date being the anniversary of the battle of Midway in the Second World War.
The Jack currently in use at time of writing by commissioned USN ships is called the First Navy Jack. This is a flag of thirteen alternating red and white stripes on which is emblazoned a rattle snake below which is the text "DON'T TREAD ON ME" This flag was actually first introduced in 1975 for the Bicentenary of the USN. Despite its name it was not the first jack of the USN (although similar but different flags were used by the colonial and continental naval forces in the revolutionary war). It was adopted as the Jack of the US Navy on September 11th 2002 to signal the war on terrorism and used ever since.

However only commissioned ships of the USN adopted the First Navy Jack, non commissioned support and axillary vessel continued to use the Union Jack, as did ships of the US Coast Guard and the National Oceanic and Atmospheric Administration.
No doubt some might like the so called First Navy Jack, it is not a historical flag and was invented as a temporary commemorative flag, and while some might see this reversion to the Union Jack as a symbolic end to the War on Terror, however I see it as a the USN readopting it's traditional flag. 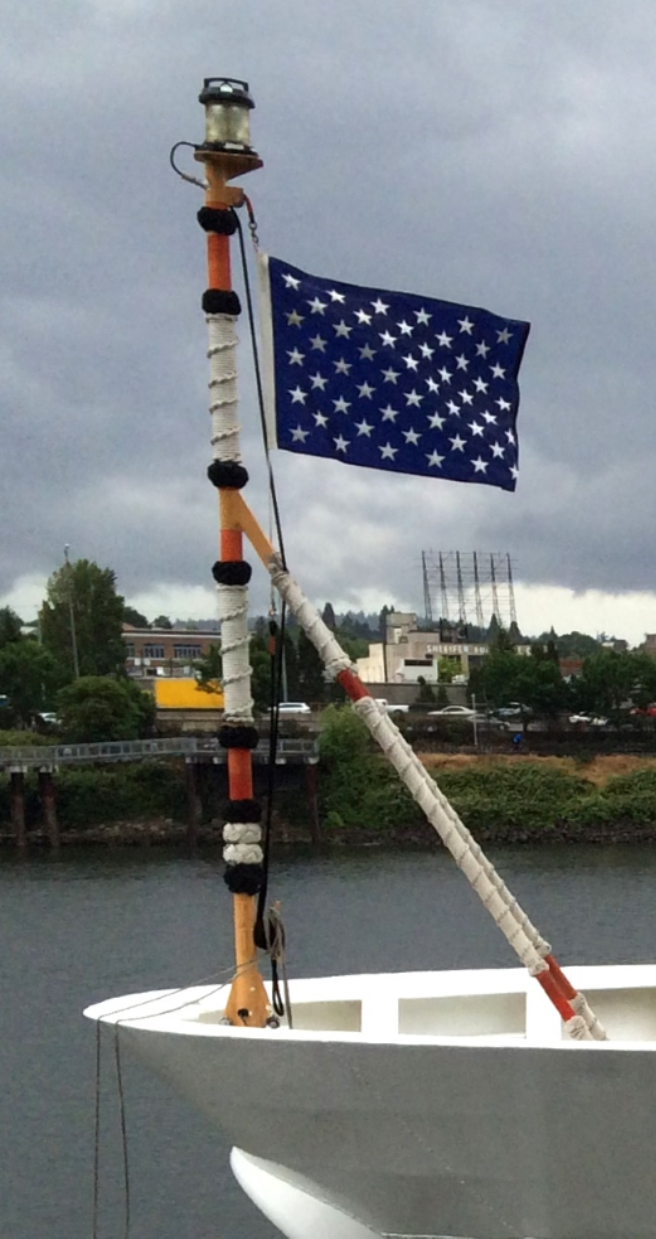 The First Navy Jack will not disappear completely however as the USS Constitution (the oldest commissioned warship afloat) and USS Blue Ridge (which is I think the oldest commissioned US warship in active service) will continue to use it, and I believe this order does not affect uniform patches (at least not immediately).

Posted by Sam McKittrick at 14:49 No comments:

Its been a while since I posted last. But here is another post today and it is (as is the case with most of my posts) the result of a board nerd/history buff with a book and a laptop.
I recently bought the book 'Irish Regiments 1683-1999' by R G Harris, which is more or less the history of all the Irish regiments of the British Army past and present.
Near the front (I have not yet finished reading it) of the book is an interesting section which lists the varrious Volunteer Corps which a sort of citizen army, and details their uniforms where known.
There where no illustrations of these uniforms themselves (although there were photos of buttons, helmets and some other relevant items). So I decided to correct this to try and put a basic visual aid to the descriptions and this is what I have done so far.
Use of Bearskins, Cavalry helmets and Light Infantry Caps are based on the assumption that the Volunteers mirrored British Army practice as headgear is rarely described. However looking at period paints it does appear that at least some Grenadier units of volunteers wore bearskins and most appeared to wear bicorn hats rather than tricorns. Unless stated the badges are also fictional, however they are based on and keeping with the spirit of actual Volunteer badges. Thats all I have so far. I am also considering expanding the blog beyond its flags and symbols genre although those topics will continue to feature, as a way of getting more posts out
Posted by Sam McKittrick at 12:34 No comments: