I am pleased to announce that my book Northern Ireland Flags & Emblems is now for sale and can be purchased here. 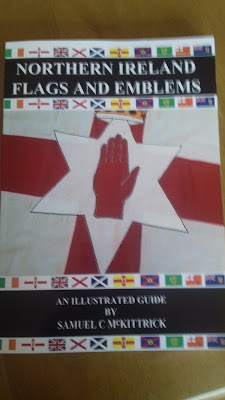 The book features 184 quality A4 pages in full colour, with plenty of pictures and illustrations, some of which are the result of my own work. It covers national flags, royal flags, government and civil emblems, flags in sport, historic flags, some of the flags used in consolidarity, the flags used by various paramilitary groups both Loyalist and Republican and even the flags seen in the waters around the province.
Some examples: 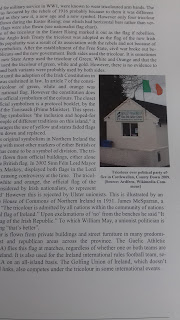 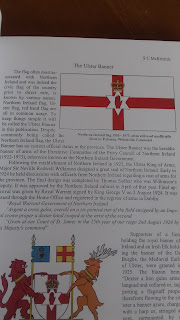 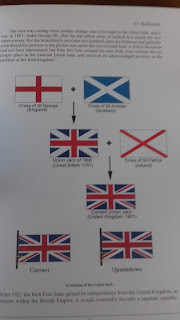 This is a print on demand book, however I am also working on an e-book version, which when completed I will update on here. this is as far as I am aware the most complete collection of information of flags and emblems in regard to Northern Ireland. 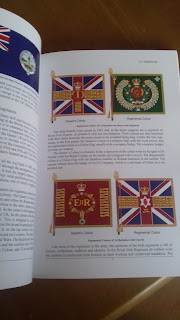 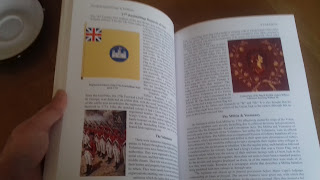 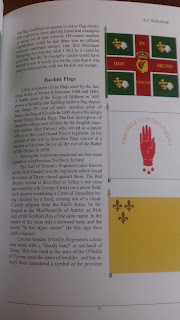 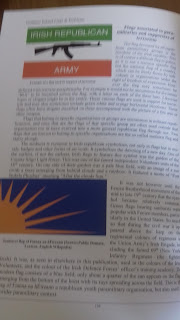 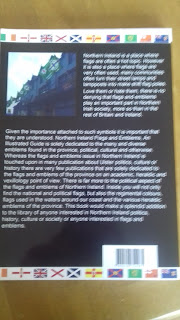 Posted by Sam McKittrick at 03:14 No comments:

Something I thought before due to recent events reminded of, is what a bad flag the Irish Coast Guard have. It is a white flag with the logo of a stylised harp and anchor in the centre.
This is highlighted on Facebook in the last 24 hours or so following the tragic loss of one of their search & rescue helicopters, with this sympathetic image of support:

It is the Coast Guard flag with the black stripe of mourning and the helicopter's call sign. This highlights what a bad flag it is, and feeling that brave men and women of the Irish Coast Guard deserve better, I have three proposals:
The first is an ensign, which follows the same lines as the Republic of Ireland's yacht ensigns. A blue field with a tricolour canton and the cap badge of the coast Guard in the fly: 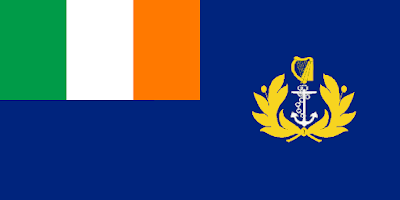 The badge is similar to that of the cap badge Irish Naval Service but with Defence Forces (which itself appears to be based on a Royal Navy officer's cap badge) emblem replaced with a harp.
Second is a jack, I did initially thought of putting an anchor on the Republic of Ireland flag, but as their flag protocol forbids defacing the flag, I designed a different flag based on the tricolour. 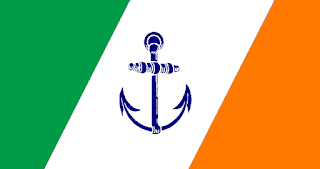 It is inspired by the tricolour but also the style of the stripes on rescue helicopters. This way a tricolour and anchor can still be used but the at the same time the flag protocol of the Republic of Ireland is observed.
Last but not least is a ceremonial flag.
It features the blue harp on a blue field from the state coat of arms, within a rope circle flanked by anchors: 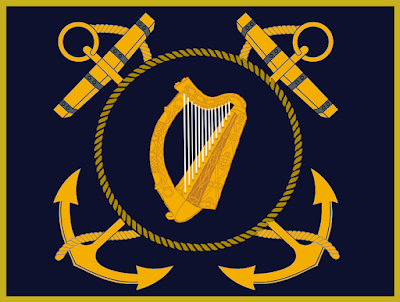 Like the cap badge worn by the Irish Coast Guard the ceremonial flag has influences from the colour of the Naval Service.
any one of these flags with a black stripe would make a better emblem of support than the current flag.
Thoughts and prayers for the family of the pilot of the Rescue 116 and those of the still missing crew members.
Posted by Sam McKittrick at 06:12 No comments: