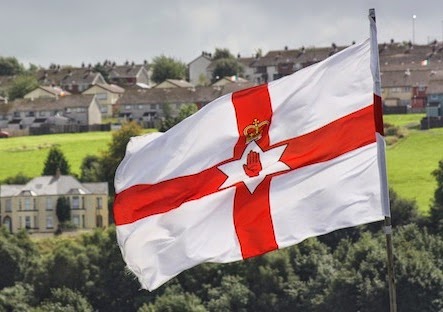 The other question was about anthems which is outside the scope of this blog. It asks the quest "new flag" but it should be pointed out Northern Ireland does not have its own flag like England, Scotland and Wales do. The Ulster Banner was a heraldic banner of the Northern Ireland Parliament's coat of arms. The flag has had no official status since 1973. Although widely used by local people, that doesn't really make it the NI flag as other flags are also in widespread use.
The British government often uses the St Patrick's Saltire to represent NI alongside the relevant England Scotland and Wales flags. This was the case in the Diamond Jubilee celebrations when the Royal row barge Gloriana was decorated in the flags of the home nations: 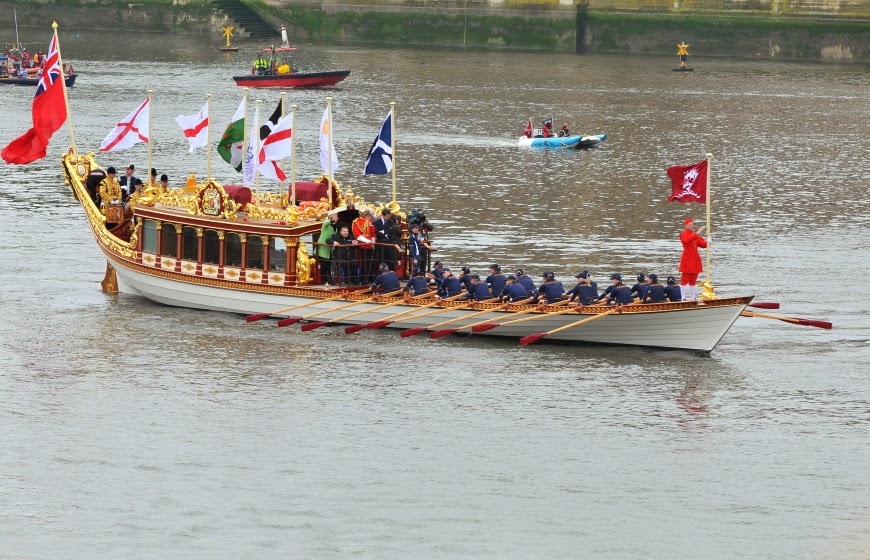 St Patrick's Saltire is often used as it represents Northern Ireland in the Union Flag: 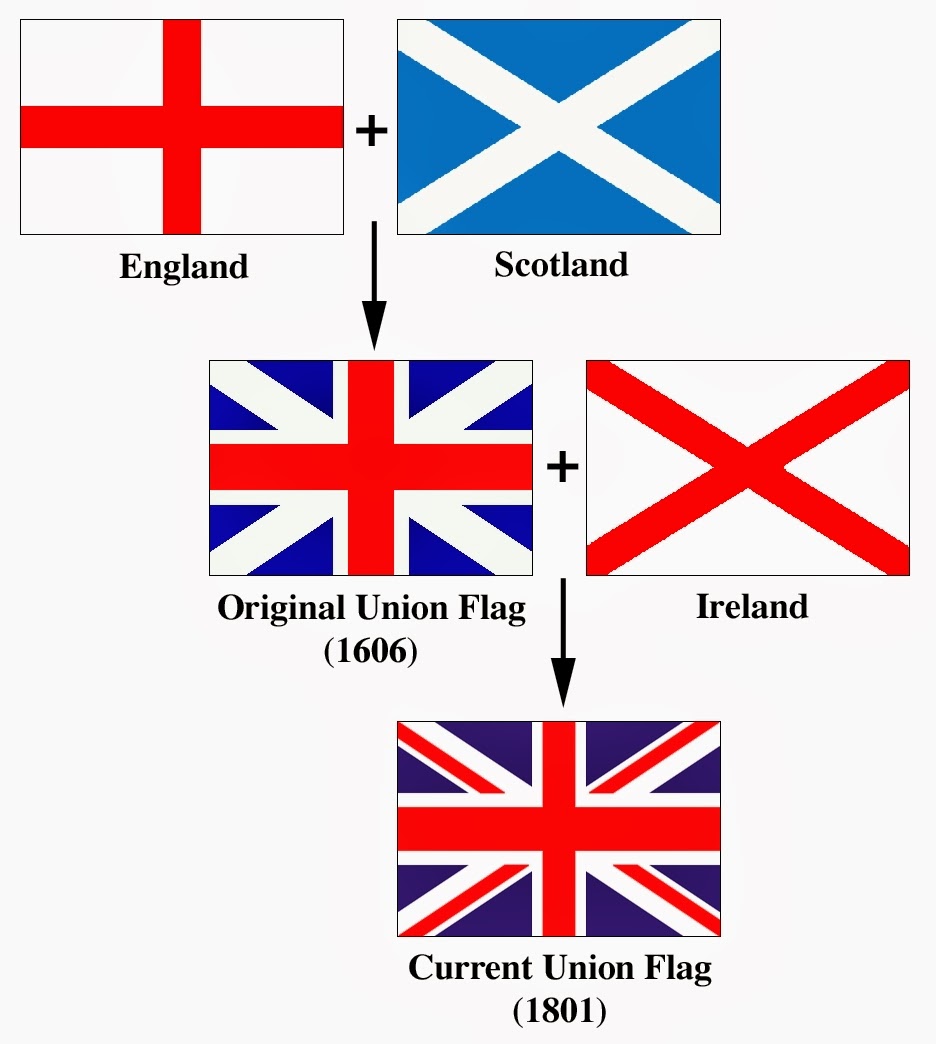 Neither flags are official however meaning Northern Ireland the only region of the UK without its own unique emblem. Anyway back to the pole the results are: 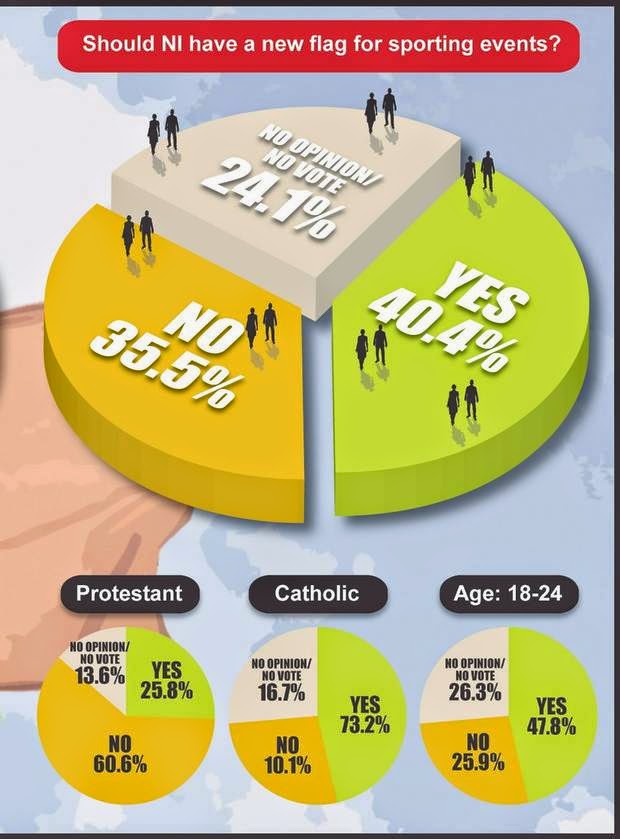 Interesting that the poll suggests that Most people do want a NI flag for sporting events at least. It is clear that the outright majority don't want an NI flag for civic occasions. The majority of them being protestant suggesting its probably safe to assume that the majority are happy with the Union Flag for civic buildings.
Also of note is that on both polls most young people have said yes, something perhaps politicians should take note of, and perhaps the shape of things to come. A year ago the New Flag for Northern Ireland Facebook page, did research into their most popular flag proposals, the results of which were: 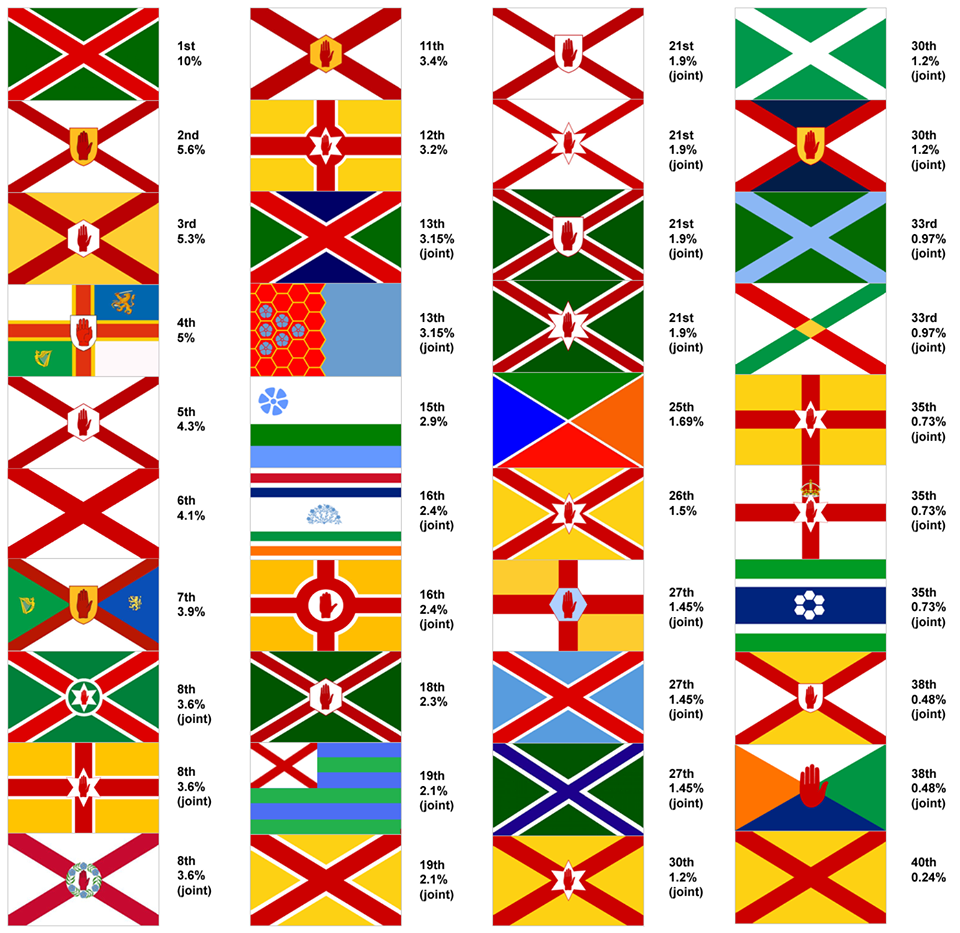 The method was most liked and shared, however that was almost a year ago. Another Telegraph poll on identity suggests that most people see British as their prime identity: 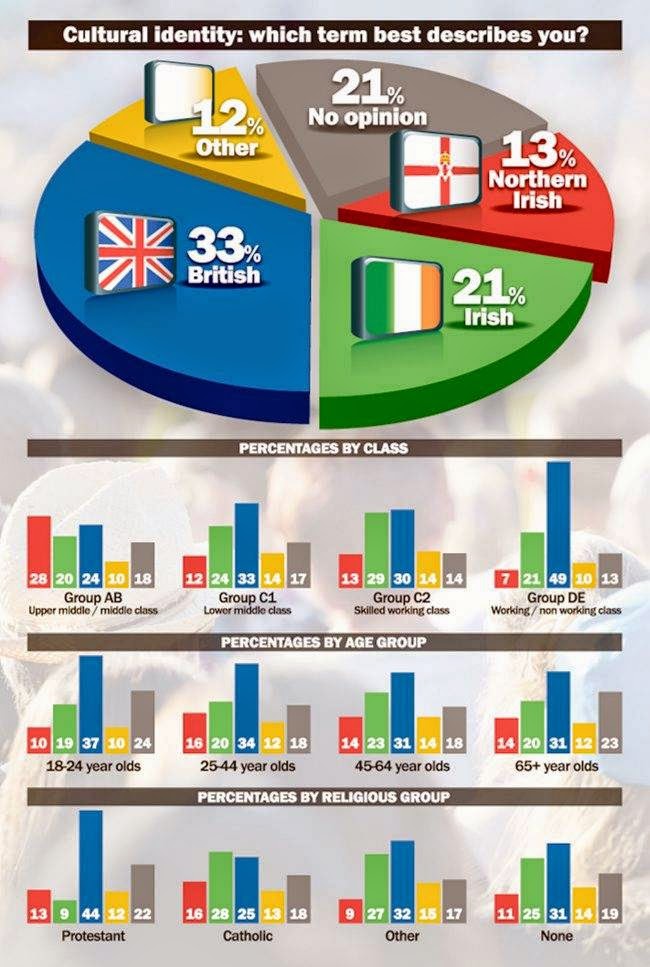 This is contrary to a few years ago when Northern Irish was the largest, and possibly a result of various issues regarding flags and parading in NI in the last couple of years. The decrease of regional identity as the prime identity may suggest little appetite for a regional flag (which is what an NI flag would be, it would not replace the Union Flag as the national flag). Of course the only way to find all this out, would to put it to the vote.
Posted by Sam McKittrick at 09:01