Following yesterday's news of the engagement between HRH Prince Henry of Wales (aka Prince Harry) and Meghan Markle, there has been much conversation on the matter. Where will the wedding take place, what will the dress be etc etc However I have been wondering what coat of arms Meghan Markle will use as a member of the Royal Family?
Usually she would impale her arms or her father's arms impaled with Prince Harry's.
I am not aware if she or her father are entitled to arms so I thought I would have ago at designing a marital coat of arms: 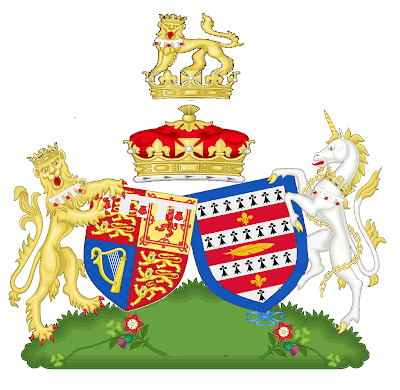 I read Wikipedia and one or two newspaper articles on the subject both of which are not always the most reliable sources. However as the news only broke yesterday this was all I had time for, so I might return to the subject later and add to or adjust the design.
A quick google search for "Markle Coat of Arms" reveals designs that seem to predominantly feature red an white bars, also according to Wikipedia Meghan Markle is descended from John Hussey, 1st Baron Hussey of Sleaford who used a blazon of "barry of six ermine and gules:" 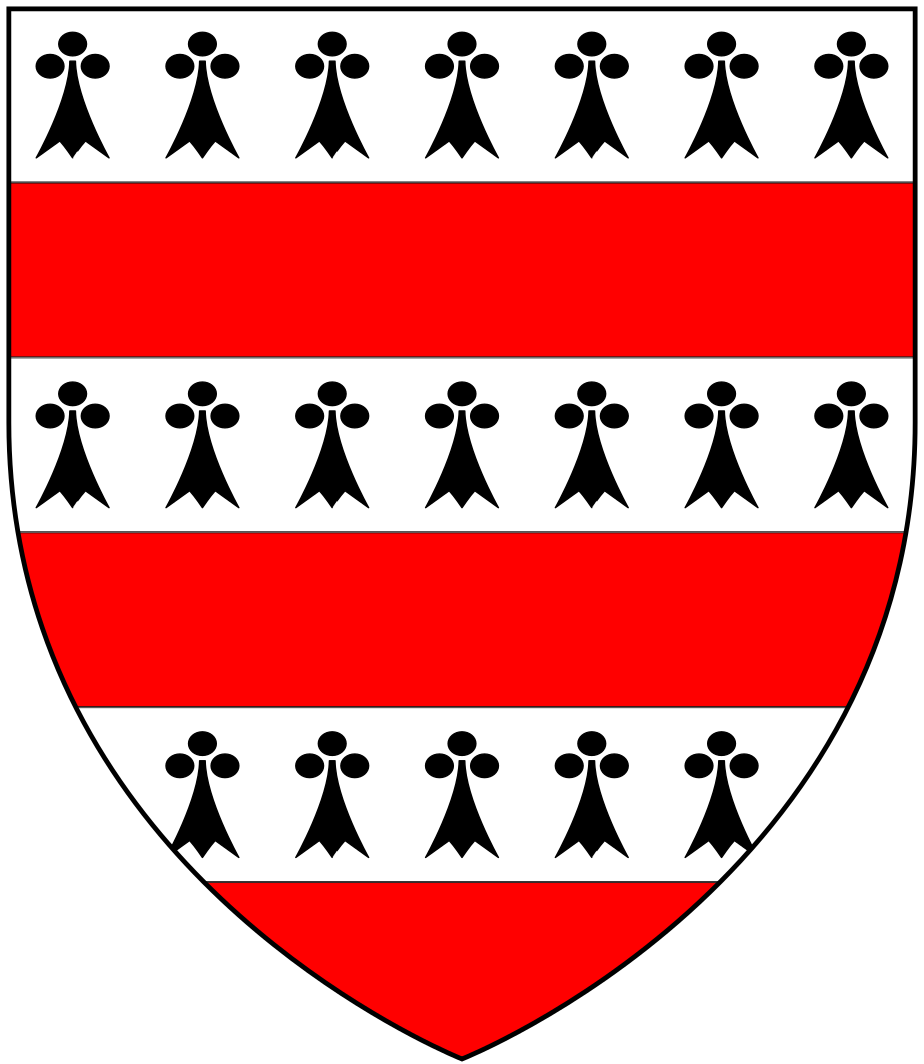 I also read in the Daily Mail that Meghan's German ancestors used a blue coat of arms with a gold feather (or is it a quill?) between two fleur de lis, this also seems to be generic arms associated with the German name Markle: I combined the elements from these arms into a single unique blazon for Meghan. It keeps the ermine and keeps the feather between the fleur de lis, I also think the red white stripes in a blue border gives it a bit of an American look which i think is appropriate given Meghan is a proud a mixed-race American.