I don't know where I got this idea from but it occurred to me a while ago that the Allies of the Second World War, didn't really have a shared unified symbol. This is in contrast with most modern international organisations and alliances both military and non military alike, most of whom like the United Nations (UN), European Union (EU), North Atlantic Treaty Organisation (NATO) etc all of whom use their own flag.
Indeed this does seem odd as flags are prominent in both American and British Empire & Commonwealth propaganda posters from the period. 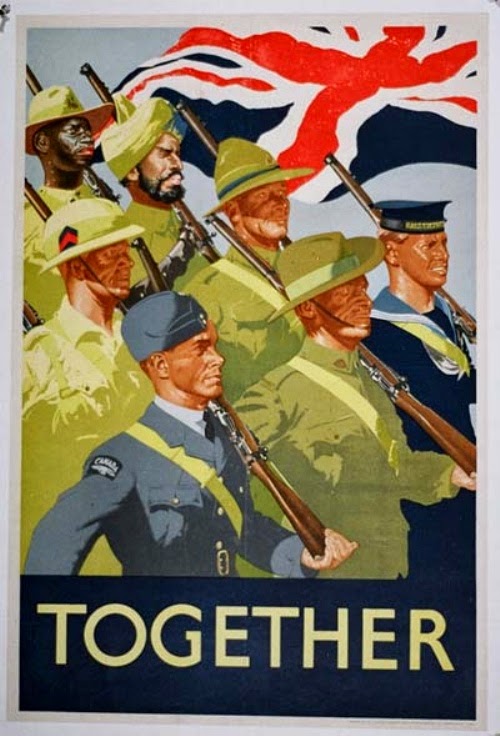 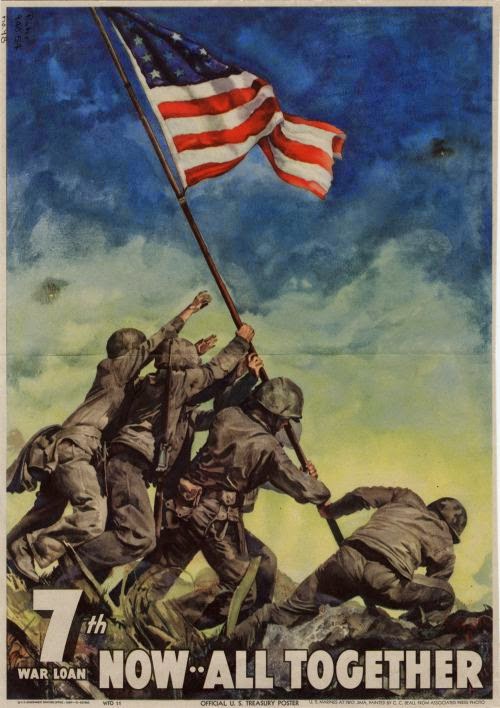 The real purpose of these posters are clearly to evoke national and patriotic pride.
Its not only in a national setting flags were used but also international, if you look at the fallowing posters: 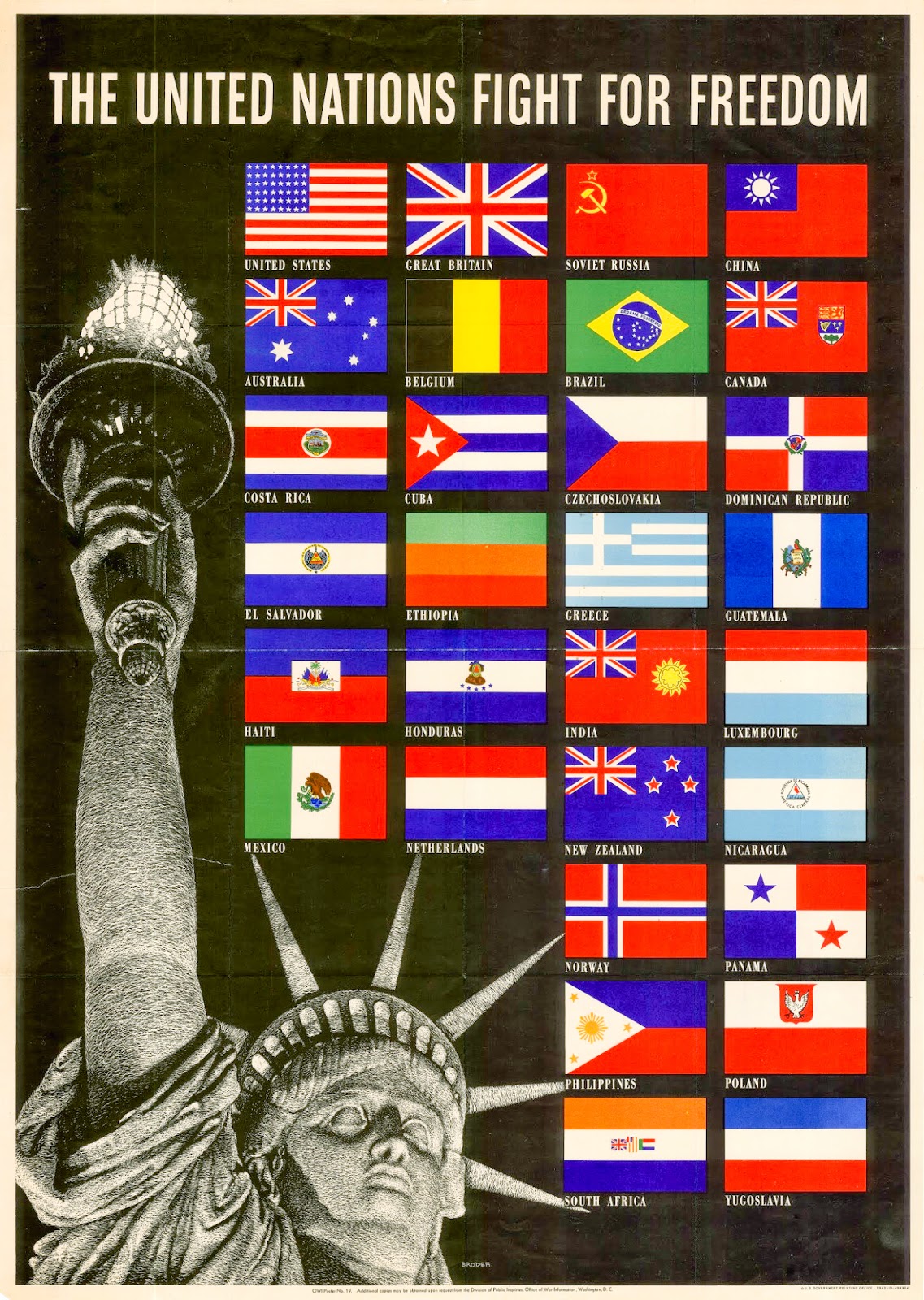 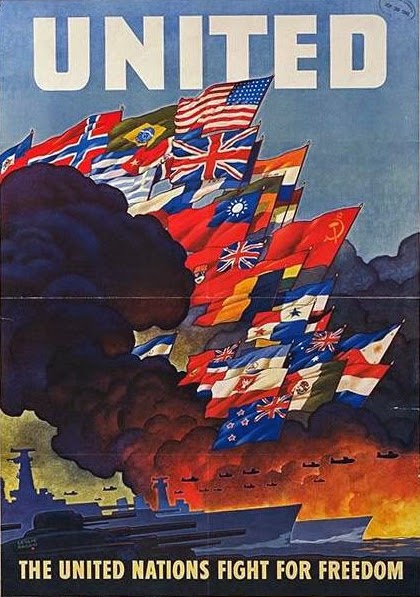 ﻿
As can be seen from these posters the theme of unity and international friendship & cooperation seem to be key, and judging by the use of flags to demonstrate this, one wonders why an official flag wasn't adopted to demonstrate this?
After all the Allies did use shared symbols and insignia to easily identify each other such as the Invasion Stripes on aircraft, and by June 1944 all Allied vehicles in the North West Europe theatre had adopted the American style white star, sometimes in a broken or unbroken circle.
So taking this into account it does seem strange that no flag was ever adopted by the Allies. Well there were some flags used during the Allied occupations of Germany and Japan after the war, primarily to identify ships of the occupied country:

Flags of occupied Japan (left) and Germany (right)
There also seems to have been celebration flags possibly used by liberated civilians that featured allied flags, however these cannot be considered flags of the alliance itself: 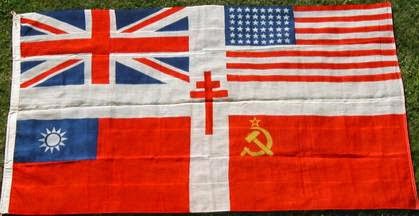 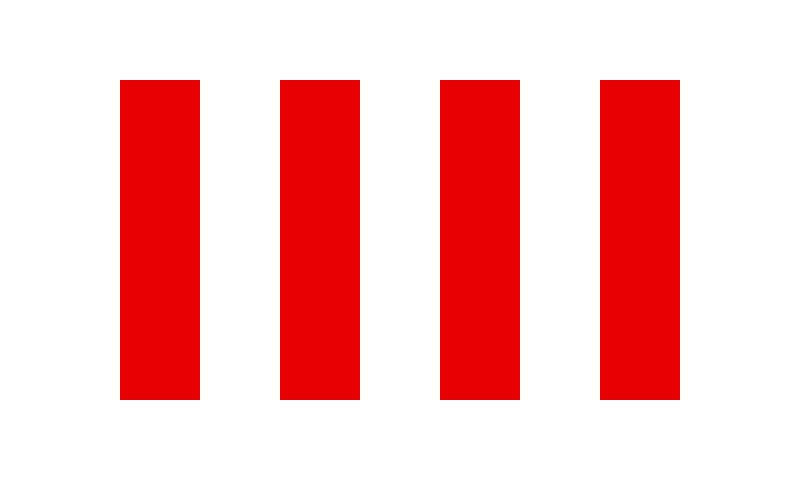 ﻿
A design symbolising the "four freedoms" from a speech by US President Franklin D Roosevelt it seems to have actually had limited use by Britain and particularly America from 1943-48. It is also thought of as the first United Nations flag although it was never officially used in that role.
I decided to design an Allied Nations flag, as I think although it may not be physically needed, there still is potential for one, video games, documentaries, joint and international commemorations are but a few examples of how it could be used.
My first design features a white "V" separating a red and blue field with the white vehicle star. 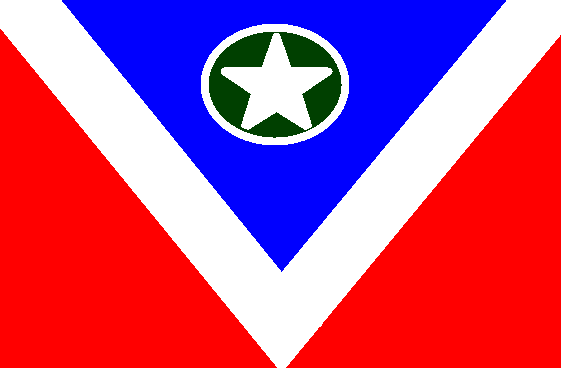 The reasoning behind the colour scheme is that most of the Allied national flags have a red, white and blue colour scheme and most of the ones that don't have at least one of those colours on their flag. The "V" represents the V sign used to symbolise victory/freedom during WW2. The white star on green being used as a common symbol, as it was used by most of the Allies and was certainly recognisable to all of them.

The second design features a blue diamond on a red, white and black striped field with a circle of stars: 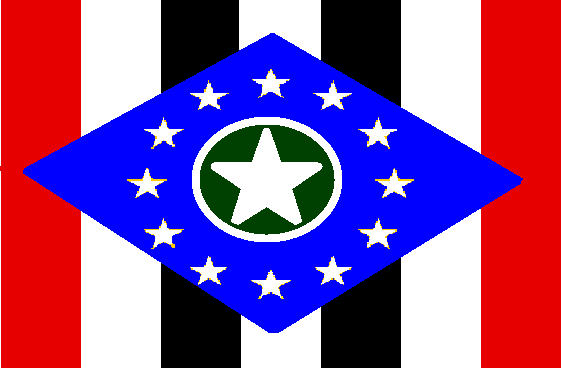 The red, white and black stripes reflect the United Nations Honours flag and the Invasion Stripes of Allied aircraft. the circle of stars represents unity (but not specific nations). The colour scheme and vehicles star have the same symbolism as the first flag.
Or alternatively the vehicle star could be replaced with a V symbol: 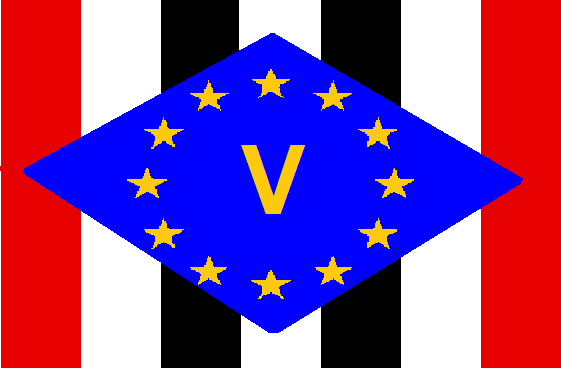 Gold replaces white in this example but white could also be used. ﻿

Please Feel Free to comment.
Posted by Sam McKittrick at 10:08