As the normal flag waving and bluster that normally accompanies elections starts off in the United Kingdom, I have noticed that there is an increasing tendency to use incorrect Union Jacks. So this is a quick post to remind everyone about how to display the national flag.
First off is the name, as you might have noticed i have used the term "Union Jack," and that is perfectly acceptable. There is a growing sentiment both in media, so called academics, politicians and the general populace that the term "Union Jack" only applies to the flag on a ship and that "Union Flag" should be used to describe the flag on land. This is a myth, and despite the publication by the Flag Institute that dispels it, is one that is still commonly believed. Both terms "Union Jack" and "Union Flag" are perfectly acceptable names on both land and sea.
You don't really need to know that to display the flag correct but I thought I'd add it in while I was at it. First you need to understand the symbols on the flag. The Union Jack is of course a flag of flags. Displaying the English Cross of St George, Scottish Cross of St Andrew and Irish Cross of St Patrick. 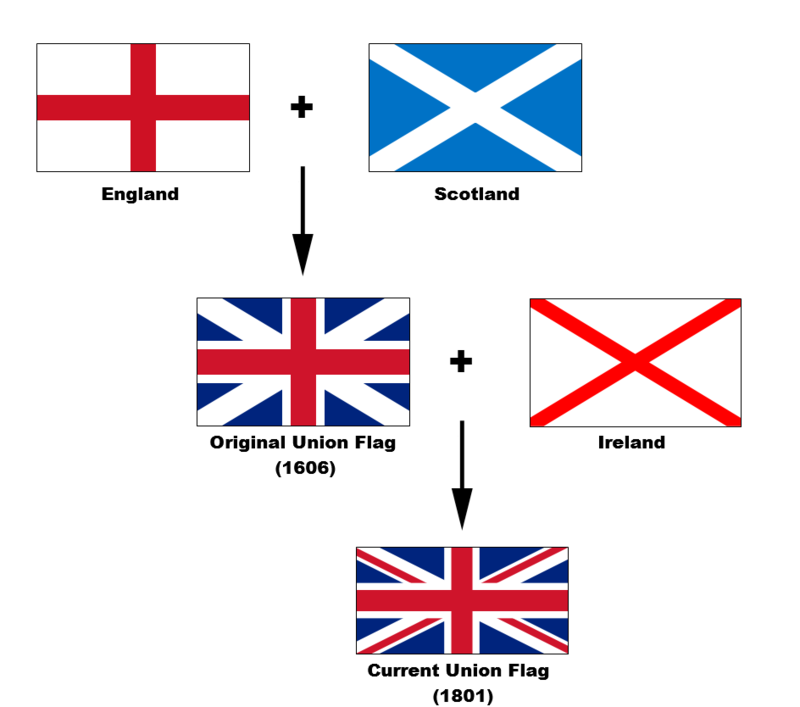 You will notice that the red diagonals of St Patrick's Cross are not symmetrical. This is because the flag is a heraldic design and this way they do not obscure the white cross of St Andrew. In heraldry the description of how symbols are depicted is called a blazon and the blazon for the Union Flag is:

"the Union Flag shall be Azure, the Crosses Saltires of St. Andrew and St. Patrick Quarterly per Saltire, counterchanged Argent and Gules; the latter fimbriated of the Second, surmounted by the Cross of St. George of the Third, fimbriated as the Saltire"
This clearly states that the Crosses of St Andrew sits above that of St Patrick and the design is counter changed meaning that it is the opposite on the other end of the flag, the side farthest  from the pole, which when depicted on paper or on a screen is generally to the viewers right. 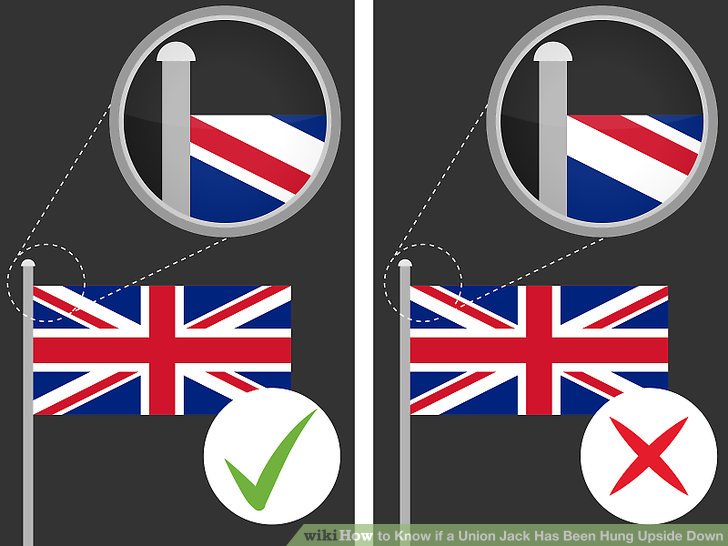 If the flag is symmetrical as that one that appeared in this report from the metro is then it is not upside down but completely the wrong design which is arguably worse. 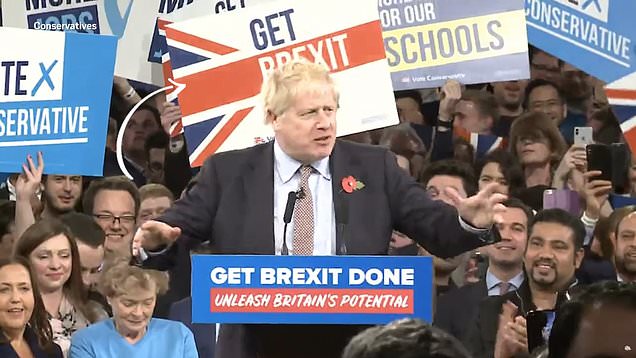 So now we know how to fly the flag the right way up, I think that I should also highlight the fact that the version of the flag generally in use is the version approved by the Royal Navy. You might notice that the blazon state that the edging (fimbration) of the Cross of St George is to be the same the St Patrick's Saltire (X cross), however in the most common variant of the flag not only is the edging wider it is the size of the red saltire and its edging put together. In fairness the diagram that accompanied the blazon did depict the flag like this however the Navy said it was for easier identification at sea.

The only flags that I am aware that strictly adhere to the blazon are the ceremonial flags of the Army, compare the above and below pictures: 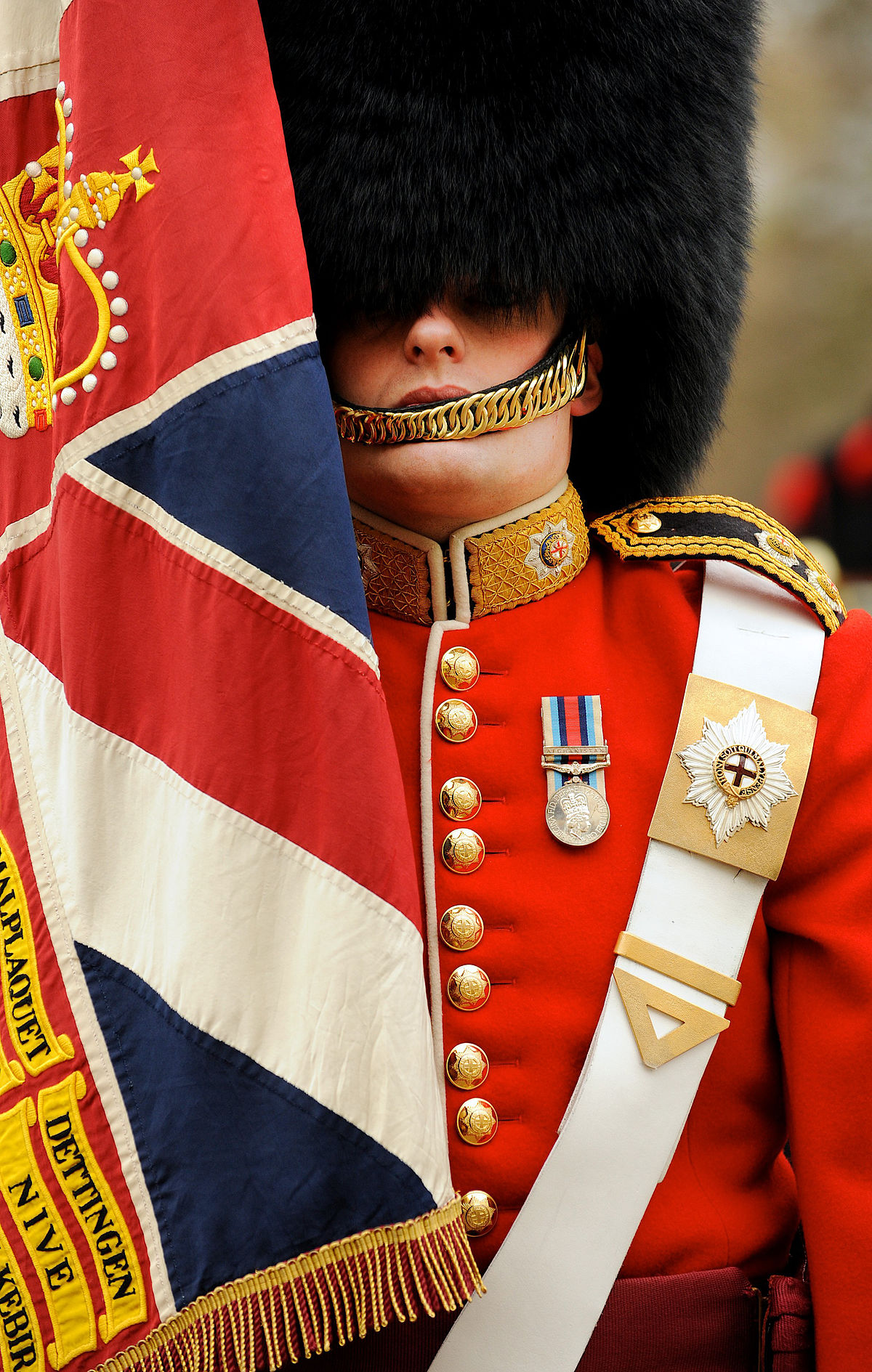 Not that the above any of the two above images are wrong, the top one is just adhering to Naval specifications. However on both flags the saltire crosses are not symmetrical.
Posted by Sam McKittrick at 04:54 No comments: